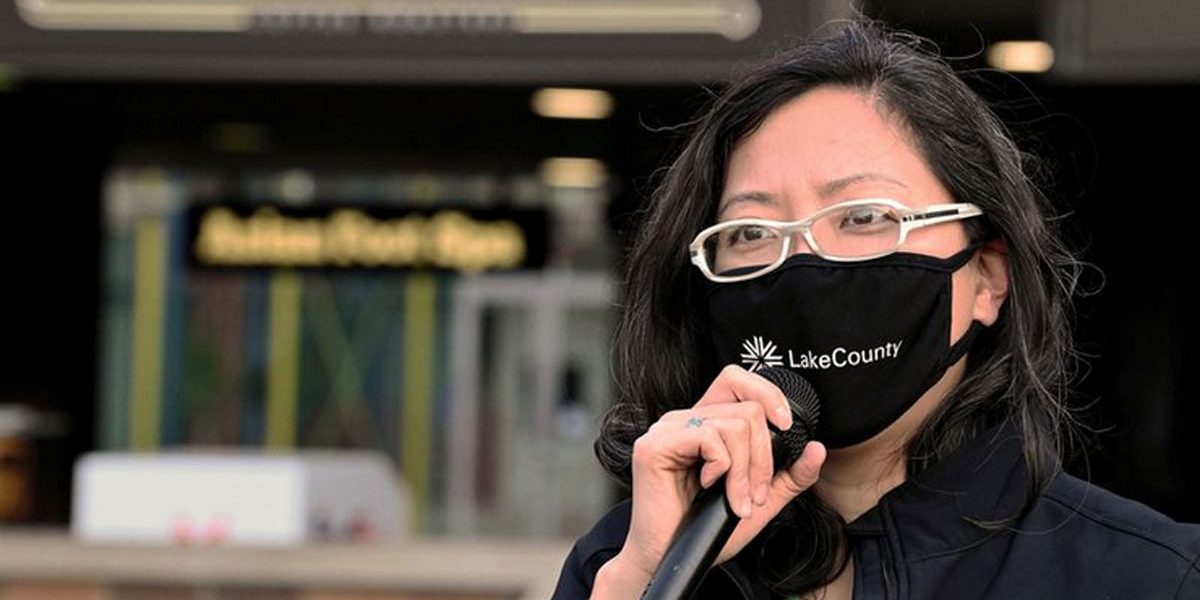 Attendees at the Lake County Stands Against Hate event held candles to honor the lives lost in a series of spa shootings in the Atlanta area last month. Speakers also called attention to a rise in anti-Asian hate crimes across the country.

Light represents “kindness … hatred has to go,” said Gina Roberts, a Lake County Board member. “We all need to love each other.”

The event was organized by Lake County Treasurer Holly Kim of Mundelein and Lake County Board member Paras Parekh of Highland Park. Both elected officials are part of the Asian American Caucus.

“I think with everything going on, and the rise in Asian hate crimes, this is just kind of a message from local leaders that they are supportive,” Kim said, adding that recent activity indicates, “an awakening moment to the Asian community.”

She said the candlelight vigil serves as a metaphor for further action.

“To me, tonight, it’s kind of like, one spark sets it off and the flames will be spread from one another,” Kim said.

Parekh said violence and harassment against Asian Americans has always been around.

Please Join Us on September 29th!